LegalVidur.com can help you file a professional reply to a trademark objection in 5 to 10 working days, subject to government and client processing time.

Section 194C(6) – No deduction shall be made from any sum credited or paid or likely to be credited or paid during the previous year to the account of a contractor during the course of business of plying, hiring or leasing goods carriages, where such contractor owns ten or less goods carriages at any time during the previous year and furnishes a declaration to that effect along with his Permanent Account Number, to the person paying or crediting such sum. 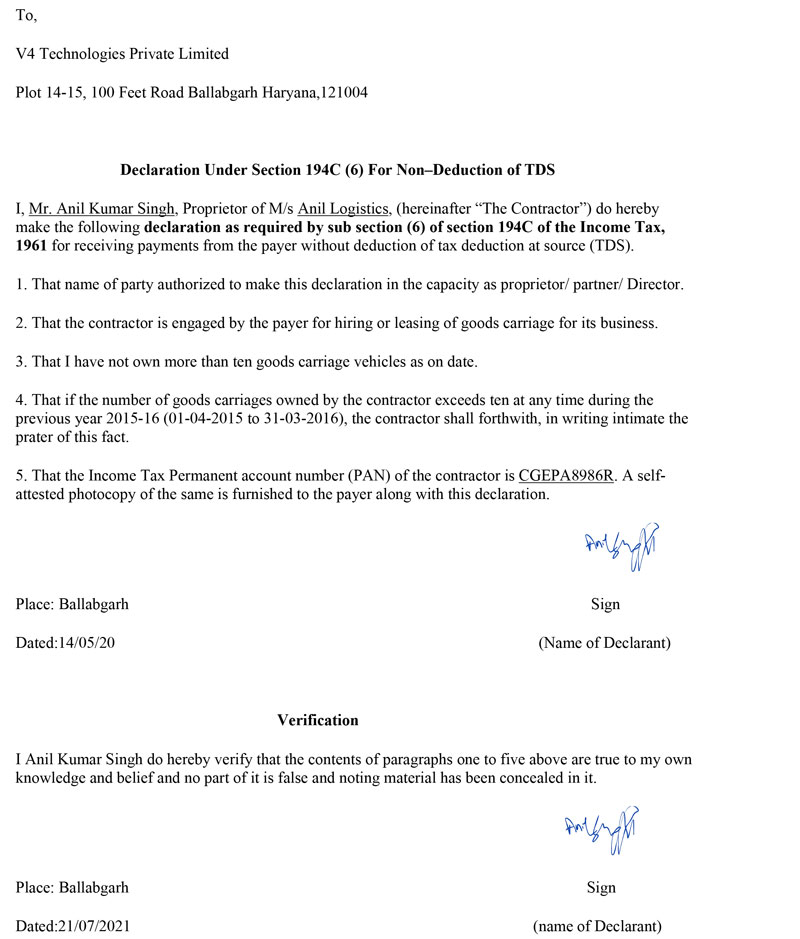 From Plain Reading of Section 194C(6) one would draw a conclusion that if the transporter owns more than 10 vehicles on the date of the transaction and subsequently sells some vehicles such that number of owned vehicles is less than 10 and gives a declaration to this effect and then there is no need to deduct TDS even if during the same year the number of vehicles exceeds 10 subsequently. Further, even if any transporter owns zero vehicles i.e. he hires the vehicle from third party for the purpose contract he will get the benefit of the section because zero is also less than 10 even though this is not the intent of the statute.

Para 43.5 of the circular reads as follows

Para 43.4 of the Circular reads as follows

Agreement is Delivered!
We deliver the printed agreement to you in 3-4 days.

100% convenience. 0% Stress.
Get delighted with super fast documentation at the convenience of your home.

No products in the cart.